Distribution and abundance of some of the larger  mammals of Lolldaiga Hills Ranch, central Kenya

Understanding the distribution, abundance, and habit requirements of a species is basic to establishing a baseline for its long-term monitoring at a particular site.  Since the Lolldaiga Hills Research Programme was established in July 2013, we have spent thousands of hours moving about the Lolldaiga Hills Ranch of central Kenya, while noting the presence and numbers of the Ranch’s larger species of mammal (i.e., species for which adults attain a body weight of >3 kg).  The information obtained by these, mostly opportunistic, encounters is supplemented by tens of thousands of camera trap images, as well as by a few species-focused studies (i.e., wild dog and cheetah).

Here we present preliminary information on the distribution, abundance, and habitat requirements for 42 of the 54 larger mammals that are known to occur on Lolldaiga Hills Ranch, as well as for two smaller mammals (i.e., unstriped ground squirrel and striped ground squirrel). The full list of mammals known to occur on Lolldaiga Hills Ranch can be viewed here.  For many of the species, particularly the more secretive and cryptic species, our understanding of distribution is poor and our estimate of abundance is but an informed guess.  Still, this information is deemed useful, particularly when viewed against any future large increases or large declines in a species’ distribution or abundance on the Ranch.

We have compiled distribution maps for 25 of the 44 species that we report on here.  Eleven of the 19 species for which no map is provided are so widespread on the Ranch that a map would be of little use.  These are:  savanna elephant, olive baboon, African savanna hare, leopard, lion, spotted hyaena, stripped hyaena, plains zebra, African buffalo, common eland and impala, all of which use >80% of the Ranch.

The biologically richest habitat on Lolldaiga Hills Ranch is the riverine forest along the Timau River (which forms the southern boundary of the Ranch).  Covering an area of <2 km², this habitat is under threat from fire and unsustainable, illegal, use.  There are a large number of plant and animal species that, on the Ranch, are confined to the riverine forest.  For the larger mammals, these include southern tree hyrax, Kolb’s monkey, and African clawless otter.  In addition, this is the primary habitat on the Ranch for guereza monkey, bushpig, and probably suni.  Loss of this riverine forest would be a big blow to the Ranch’s biodiversity and conservation value.  As such, protection of the riverine forest should be a priority for the Ranch, with habitat management focused on expanding the area of riverine forest and rehabilitating the more severely degraded areas.

Please click on the species name below to read more about the species on Lolldaiga Hills Ranch and to see their distribution map.

For the following species we do not yet have a distribution map available, however, we did compile a brief species account. Click on the species name below to access the information. 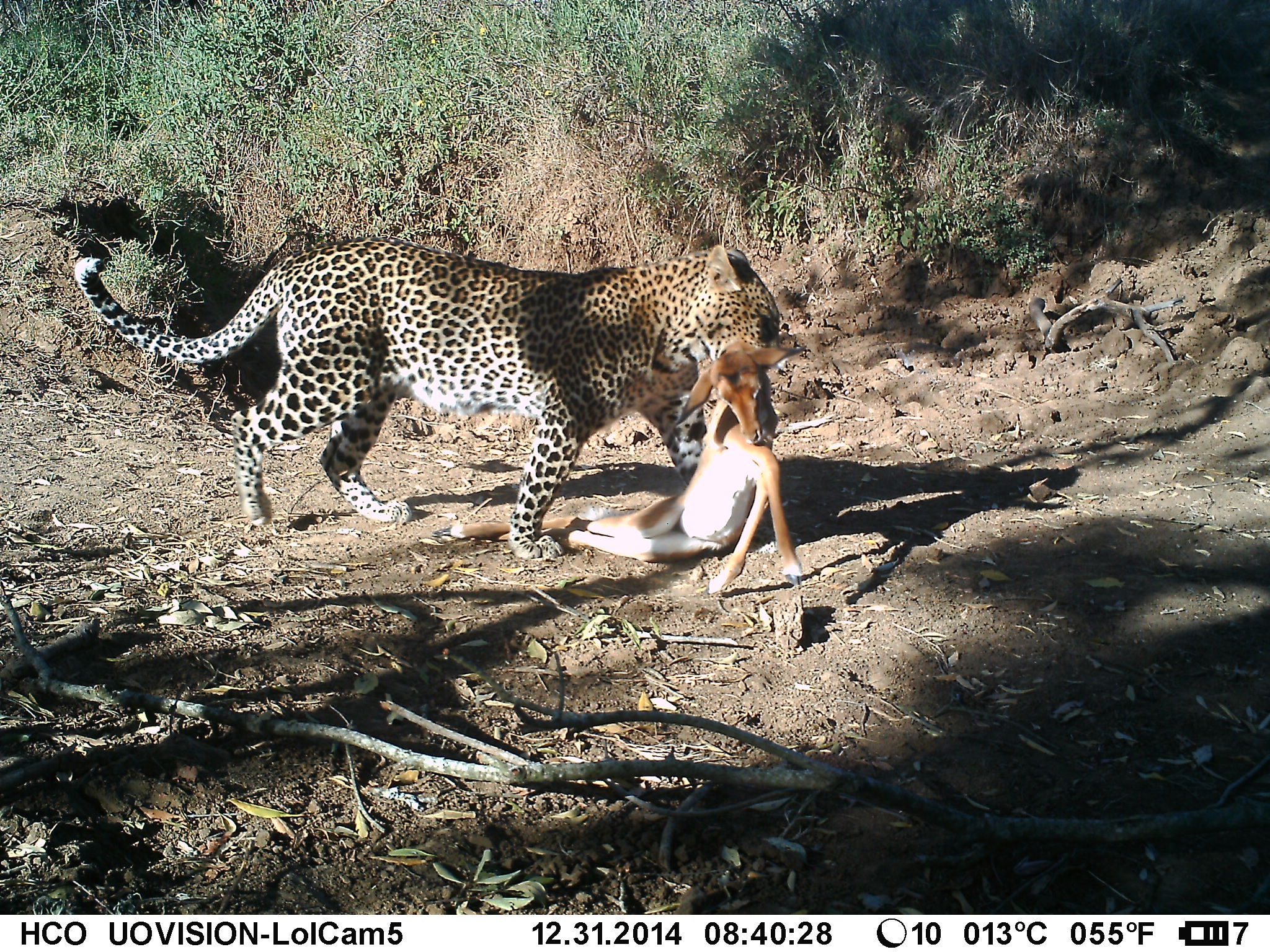