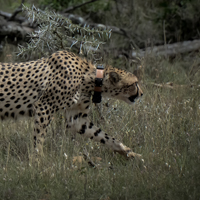 Cheetahs are a very wide ranging species – in most of the areas in Africa where they live, they have home ranges that are usually several hundred square kilometres in size, and in some areas have even been recorded as having home ranges of over 2,000 km²!

We do not know how large an area the cheetahs of Laikipia travel in their day-to-day exploits, however, we are now starting to get a glimpse into their habits. The Kenya Rangelands Wild Dog and Cheetah Project recently collared its first cheetah. The cheetah in question is an adult male, called ‘Tenai’, who is part of a coalition of three adult males. He was collared on Mpala Ranch on 22 November and in the couple of weeks since then, he and his brothers have already travelled over 100 km! 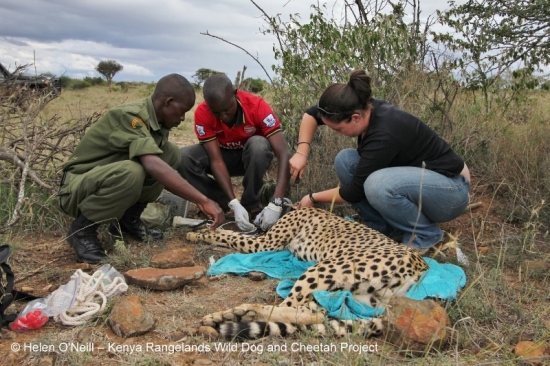 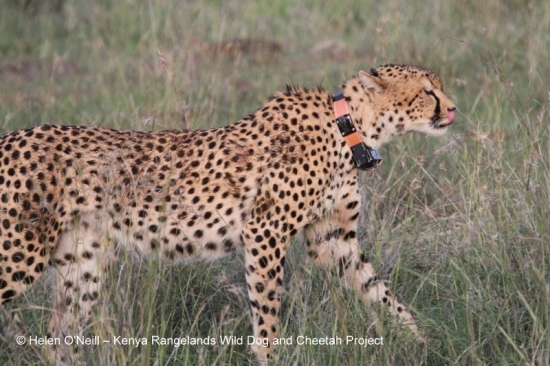 Tenai up and about after having his anaesthetic reversed. 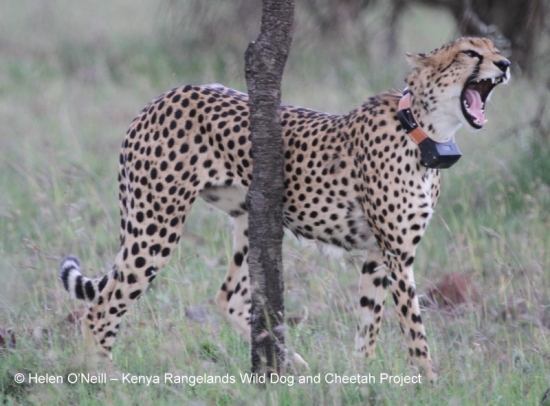 As if to show he wasn’t perturbed by the experience he almost immediately walked over towards our car, followed by his coalition partners.

When we went to look for him the next day, we were very pleased to see Tenai back with his two brothers and looking very relaxed.

Thanks to the cooperation of Lolldaiga Hills Ltd. (200 km²), we recently caught-up with Tenai and his brothers. The trio had already spent several days in the area, travelling across Enasoit and then wandering around Lolldaiga. Together with Paul Benson and Julius Mathiu, we found that the brothers had moved south again, back towards the western border with Enasoit (see map below). Despite having rather full bellies from a recent hunt, the three strapping males couldn’t resist having a run at a group of impala who were grazing on the hillside. It seemed as though their hearts weren’t really in it though and they soon gave up, and found a beautiful large acacia tree to lie under and get out of the midday sun. 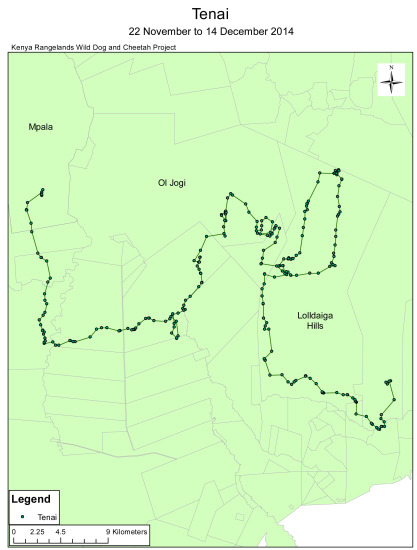 Cheetahs are a very wide ranging species. This map shows the movements of Tenai and his brothers in the three weeks since Tenai received his GPS collar – in that time the trio travelled almost 150km! Tenai’s collar records his GPS location every hour giving us very detailed information about where the cheetahs are and how they are using the landscape. 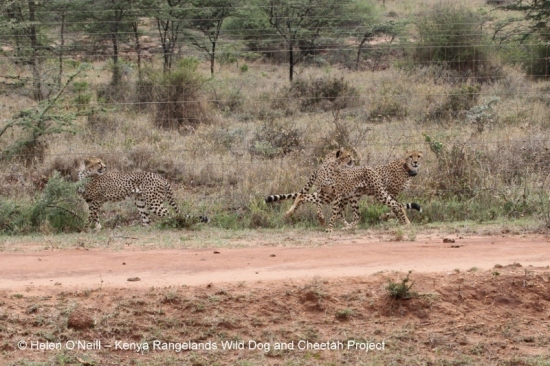 One week after the collaring we found the trio of cheetahs crossing the Dol Dol road from Ol Jogi. 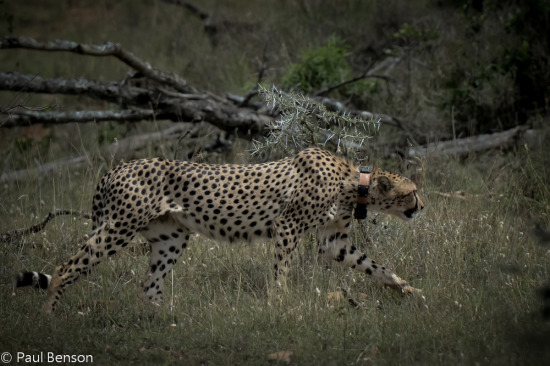 Get regular updates about the work of the Kenya Rangelands Wild Dog and Cheetah Project through our Facebook page at www.facebook.com/wilddogcheetah and our twitter feed @wilddogcheetah