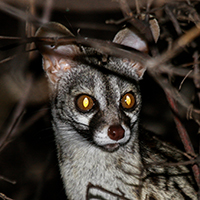 The nocturnal carnivore genus Genetta comprises 14 species, of which three are known to occur in Kenya. Until December 2016, the only Genetta sp. known for Lolldaiga Hills Ranch was the large-spotted genet Genetta maculata (also known as the ‘rusty-spotted genet’ or ‘blotched genet’). The common genet Genetta Genetta (or ‘small-spotted genet’) was suspected to occur on the dryer parts of the Ranch as it is known for several ranches but a few kilometres to the west. Three years of camera trapping by the Zoological Society of London/Lolldaiga Hills Research Programme’s Camera Trapping Project, however, failed to confirm presence of this nocturnal meso-predator. Certainly, if present, the common genet is less common on Lolldaiga Hills Ranch than its name suggests! 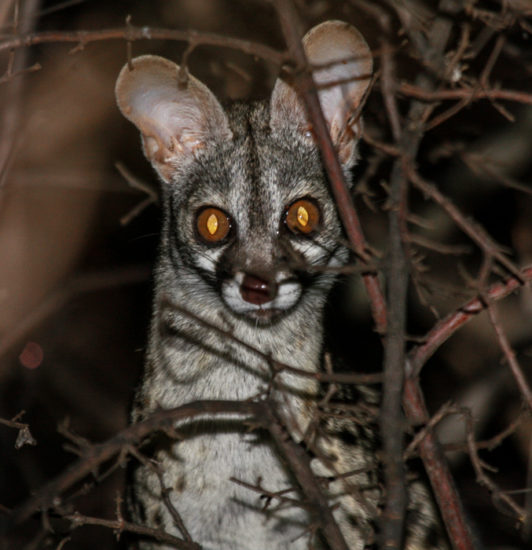 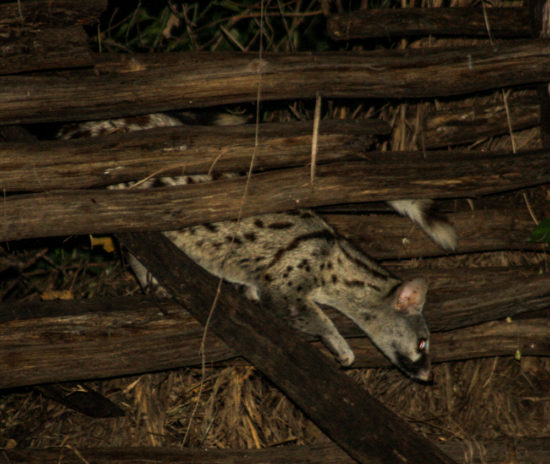 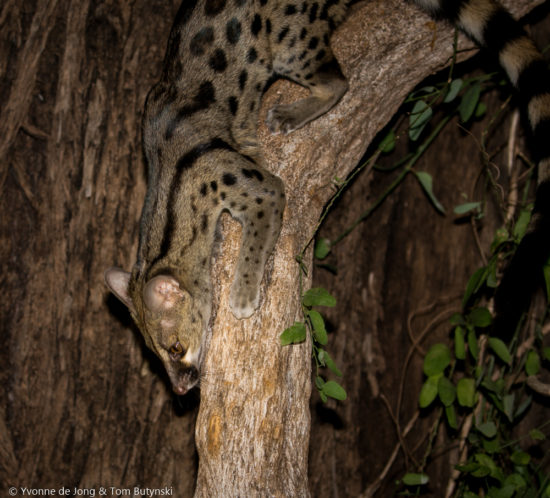 On 29 December 2016, a ZSL/LHRP camera trap captured a G. genetta near the northeast corner of Lolldaiga Hills Ranch. This individual was captured, several nights in a row, foraging in the dry, deep sand, Sinyai Lugga (N00.30934; E37.16444). In January 2017, this species was captured at a few other sites in the northeast corner of the Ranch. Some of these images were live-transmitted to the InstantWild app of ZSL. 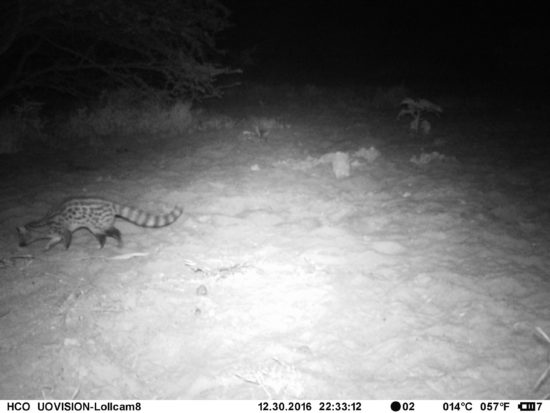 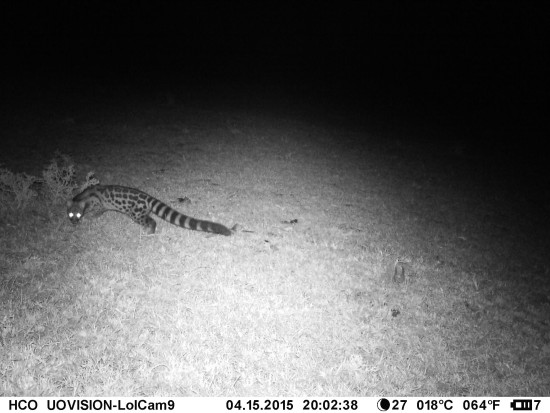 Genetta genetta is listed as a ‘Least Concern’ species on the IUCN Red List of Threatened Species 2017. Locally, this species is threatened by fragmentation, degradation, and loss of habitat due to a rapidly expanding human population. With the addition of G. genetta, the Lolldaiga Hills Ranch Mammal List holds 104 species. This list can be accessed at: https://www.lolldaiga.com/biodiversity-research/biodiversity/species-list/