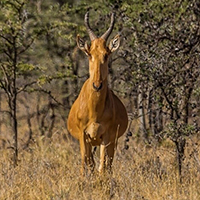 The Lelwel Hartebeest (or ‘Kenya Highland Hartebeest’) Alcelaphus buselaphus lelwel (Figures 1, 3, 4 & 5) is an ‘Endangered’ subspecies (IUCN 2016b). In Kenya, this subspecies is now primarily restricted to Laikipia County were only about 1,000 individuals remain (T. Butynski & Y. de Jong, in prep.). Hartebeest are strictly grazers that live in habitats dominated by grass, namely open and lightly wooded plains. They typically forage on short grass during the wet season and on long grass during the dry season in areas where drinking water is available (Gosling & Capellini 2013). 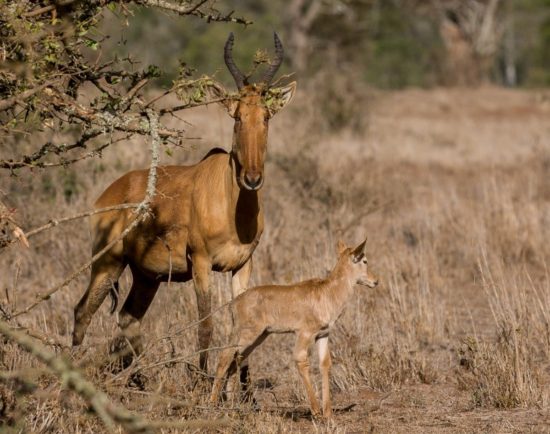 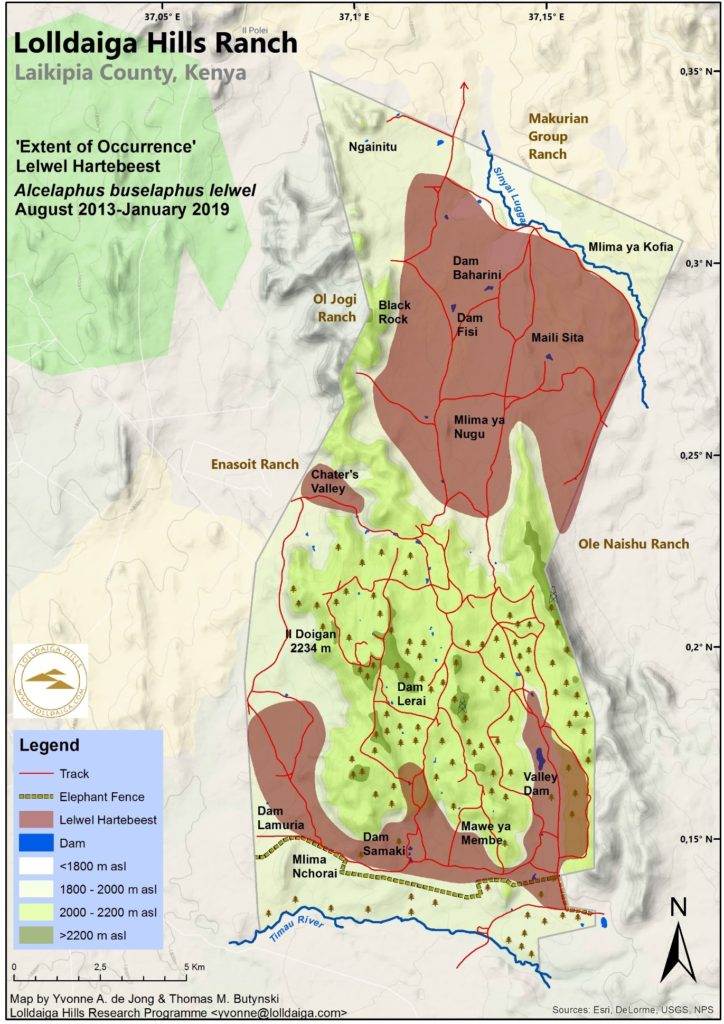 Hartebeest were absent from Lolldaiga from at least 1960 until about 1982. Numbers peaked at about 100 individuals towards the end of the 1990s and remained at this level until around 2010 (Robert Wells, pers. comm.). The number of Hartebeest on Lolldaiga varied greatly from August 2013 through January 2019; there were as many as 35 individuals in 2014 but none during much of 2018 (Table 1). Thus, density within the ’Extent of Occurrence’ varied from no Hartebeest to 0.5 Hartebeest/km². These changes in numbers on Lolldaiga appear to be largely due to the fact that Hartebeest moved freely to the east onto and off of the contiguous Ole Naishu Ranch (ca. 125 km²) and Enasoit Game Sanctuary in the west (ca. 17 km²; Figure 2) as grazing conditions and the availability of water dictated. At least some of the change is, however, due to predation, as approximately 20 Lion Panthera leo, 30 Leopard Panthera pardus, 12 Cheetah Acinonyx jubatus, 200 Spotted Hyaena Crocuta crocuta, and three packs of Wild Dog Lycaon pictus used Lolldaiga during this period. All five of these species kill Hartebeest of all ages. Black-backed Jackal Canis mesomelas and Olive Baboon Papio anubis, both common on Lolldaiga, kill new-born calves (Gosling 1969; Gosling & Capellini 2013). 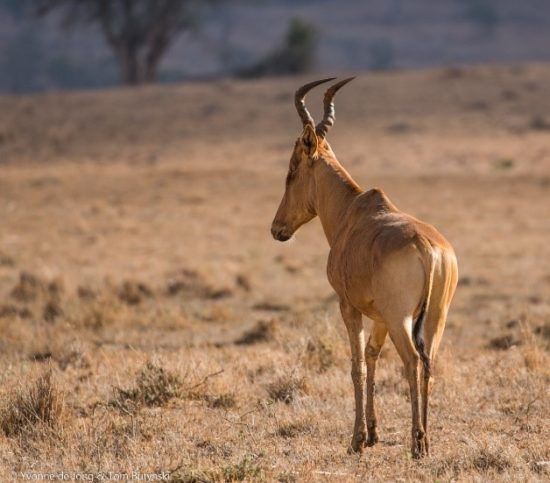 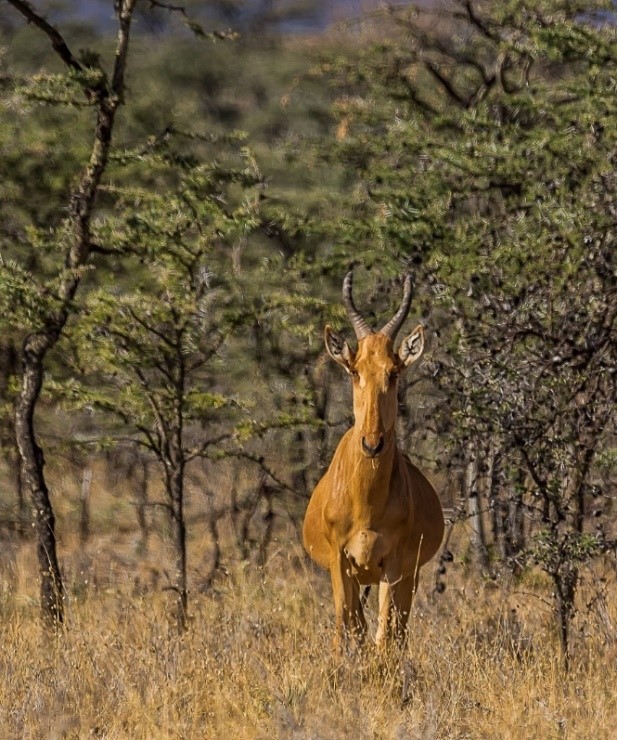 As such, there appears to be two birth seasons, both focused on the two wettest periods (March–May and October–November). Only one birth (January) was recorded for the two driest periods (January–February and July–September). This bimodal pattern of calving has also been documented for Coke’s Hartebeest Alcelaphus buselaphus cokii in Nairobi National Park (Gosling 1969). Calving at the start of the rains helps to ensure that there is abundant green grass and water during lactation and early weaning and, again, 7–8 months later when calves are fully weaned (Gosling 1969; Kok 1975).

A gestation of about 8 months (Gosling 1969) means that Hartebeest on Lolldaiga mate mainly during August–October and March–April. 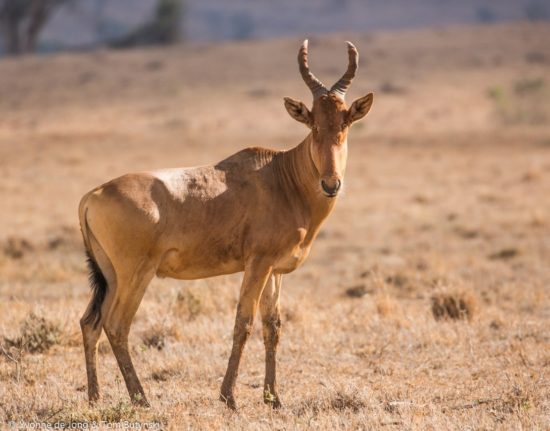