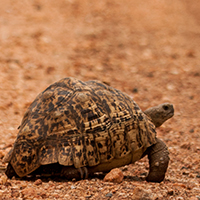 The Leopard Tortoise Stigmochelys pardalis is the fourth largest species of tortoise in the world (up to 18 kg), and the largest and most abundant in sub-Saharan Africa (Drabik-Hamshare 2017). The distinctive black or dark grey markings on the yellow or tan shell (= carapace) is unique for each individual and tends to fade with age. The Leopard Tortoise prefers the arid and semi-arid regions of eastern and southern Africa, being distributed from South Sudan and Somalia in the north, southwards to South Africa, and westwards to Namibia. The Leopard Tortoise is negatively affected by habitat loss, fire, and the pet trade. None-the-less, this species remains common at many sites and is listed as ‘Least Concern’ on the IUCN Red List of Threatened Species. 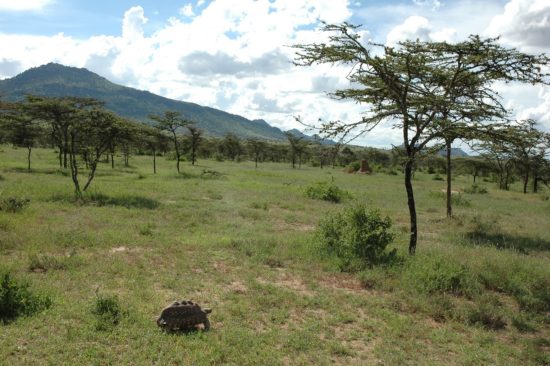 Leopard Tortoise is the only species of tortoise recorded on Lolldaiga Hills Ranch, central Kenya, where it is commonly encountered. The only other turtle known with certainty to be present on the Ranch is the Serrated Hinged Terrapin Pelusios sinuatus. During a herpetofauna survey in December 2013, droppings thought to be those of the poorly known and ‘Vulnerable’ Pancake Tortoise Malacochersus tornieri were found at the northern extreme of Lolldaiga Hills Ranch, but this species has never been sighted on the Ranch (Spawls et al. 2013).

Between 12 May and 25 June 2018, 31 Leopard Tortoises were encountered on Lolldaiga Hills Ranch and 19 on the contiguous Enasoit Ranch. Data obtained during each encounter included date, time, location, altitude, vegetation type, sex, weight, greatest circumference, and greatest length of the shell along the mid-line. Photographs were taken in order to identify each tortoise over the long-term. 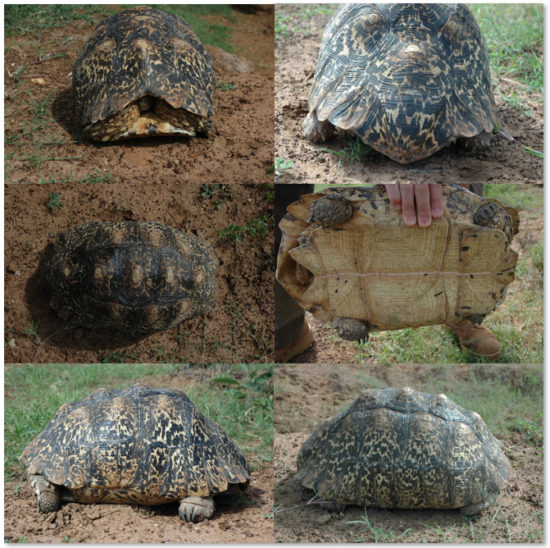 Four of the 31 tortoises encountered on Lolldaiga Hills Ranch were found a second time (Figure 1, Table 2). 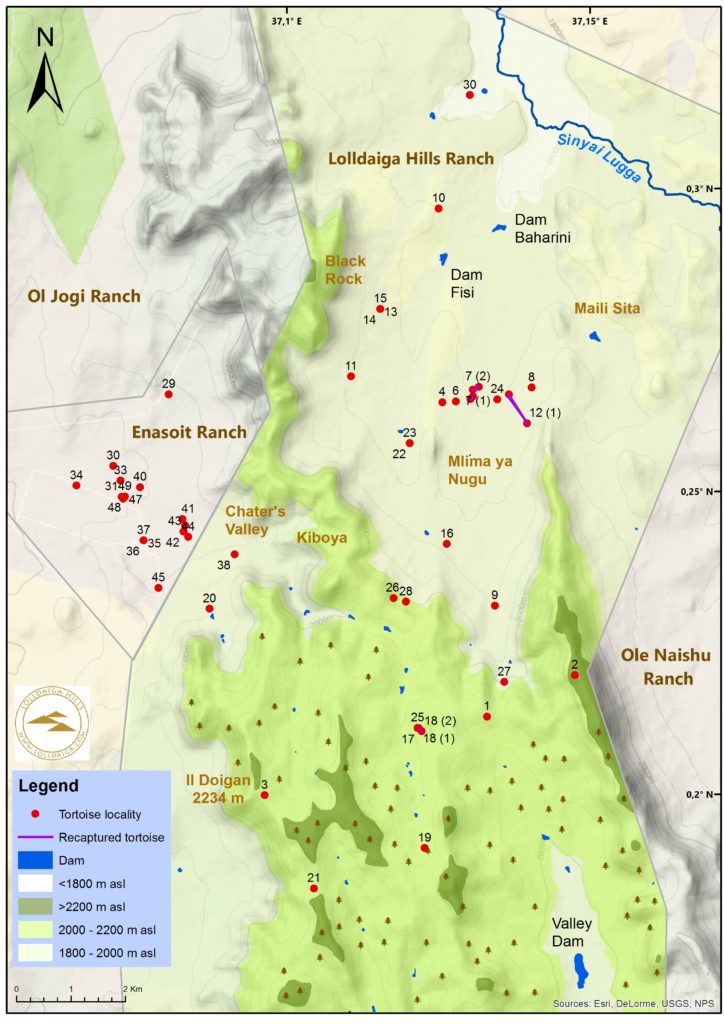 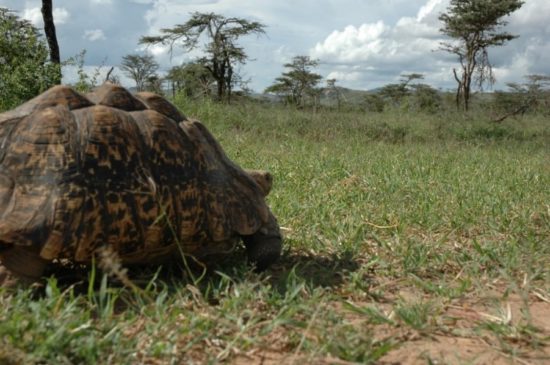