Wood fuel provides 70% of Kenya’s national energy requirement and is expected to continue to be the country’s main source of energy for the foreseeable future (Githiomi & Odour 2012). Over 90% of rural households use firewood for cooking and heating (Ndegwa et al. 2011).

Lolldaiga Hills Ranch began a fuel wood collection programme in 2003 in response to extensive felling of indigenous trees by people outside of Lolldaiga Hills Ranch along the Timau River. The Timau River defines the south boundary of the Ranch. Riverine forest is one of the rarest habitats in Laikipia and is home to a diverse range of flora and fauna, including Suni, Bushpig, Leopard, and African Clawless Otter (Butynski & de Jong 2014). See the camera trap images by the Lolldaiga Hills Research Programme.

Every Friday, about 120 women from communities south of the Timau River collect wood with their hands – mainly dead wood and fallen branches. Each woman collects and carries an average of about30 kg of wood; the older women around 10–15 kg and the stronger women up to 50 kg. This amounts to an average annual contribution to the local community of about 170 tonnes of fuelwood (range 140–270 tonnes/year).

This programme is coordinated through a women’s committee of eight members—one member from each of six villages/areas, plus a chairwoman and vice chairwoman. 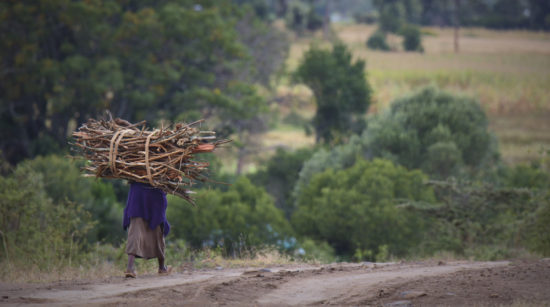 About 120 women carry a large load of fuel wood from Lolldaiga Hills Ranch to their homes each week. Photograph by Per Aronsson.

Sanoe Joice Salantei, 21 years old, grew up in Ireri (near Jua Kali). Her school fees have been paid by LHRESP since 2013 at Alliance Girls’ School, Nairobi. She will continue to be sponsored in this way during her studies in Environmental Sciences at Laikipia University’s School of Humanities and Development Studies. Sanoe aspires to “help other people – especially the needy”.

Since February 2014, LHRESP has covered the school fees of Florence Pauline Wamoke, an 18-year-old from the Loisuku area within the Makurian Group Ranch, which neighbours Lolldaiga Hills Ranch to the north. She is in Form 4 at the Gatero Girls’ High School, Nyaharuru.

Esther Legei Nkiniyo (Form 3) and Teresia Waithera Mbutu (Form 4), both of whom are 18 years old, have been supported by the Programme since 2015 at St. Francis Girls’ Secondary School, Dol Dol and St. Jude Secondary School, Nanyuki, respectively. Teresia, who lives in Ndemu area south of Lolldaiga Hills Ranch, is preparing to sit this year for her Kenya Certificate of Secondary Education exams.

Similarly, Stephen Girisho Ngamao and Parkiom Richard Joseph, who are from communities north of Lolldaiga Hills Ranch, have received full tuition though the Programme since 2016 at Dol Dol Boys’ Secondary School, Dol Dol.

Alex Maina Chiuma’s home is in Nginyai area, which neighbours Lolldaiga Hills Ranch to the south. In 2015, he received one time school fee assistance through the LHRESP while studying at Endana Secondary School, Nanyuki. Alex is now 19 years old. After completing Form 4, he started teaching at Eagle Heights Primary School, Nanyuki. He hopes to study for a BSc in Environmental Sciences.

Each year since 2013, the Programme has covered the salary and National Social Security Fund contribution for one teacher at Kiwanja Ndege Primary School, Dol Dol.

In 2014, the LHRESP donated 40 lockers and 40 chairs to Ndemu Secondary School.

Lolldaiga Hills Ranch is committed to the continued support of students and teachers in nearby communities through the LHRESP. 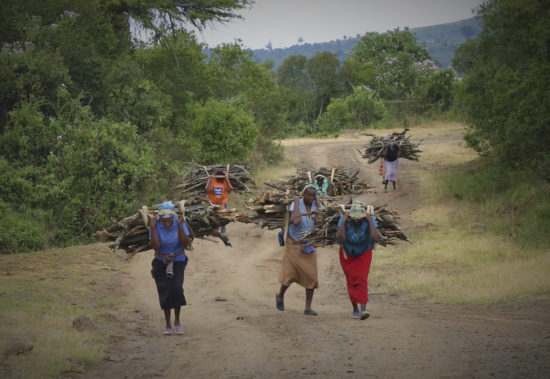 Six of about 120 women who, each week, carry a load of fuelwood from Lolldaiga Hills Ranch to their homes. Photograph by Per Aronsson. 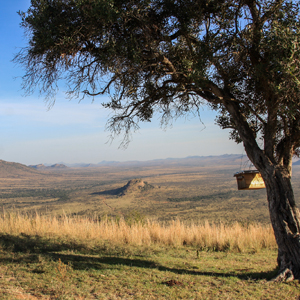