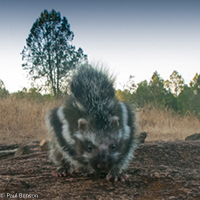 Written by Yvonne de Jong on December 9, 2016. Posted in All News, News

The maned (or crested) rat Lophiomys imhausi is a distinctive, nocturnal, rodent present in scattered populations in woodlands and montane forests of northeast Africa from central Tanzania to east Sudan. Maned rats are herbivorous. They generally move slowly on the ground but are skilled tree climbers. When threatened, the maned rat parts the fur along its flanks exposing two lateral lines. The specialized, ‘wick-like’, fur of the lateral lines holds an anti-predator toxin that is applied by the maned rat; bark of the branches and roots of the poison arrow tree Acokanthera schimperi is gnawed and masticated and, together with saliva, slathered onto the fur of the lateral line. The poison is an ouabain, a crystalline cardiac glycoside that greatly increases the force of cardiac muscle contractions. Dogs that have bitten maned rats exhibit signs that vary from mere mouth-frothing and mild distress to collapse and rapid death, apparently from heart failure. People have long used this poison on arrows and spears to aid in the killing of elephants and other large mammals. 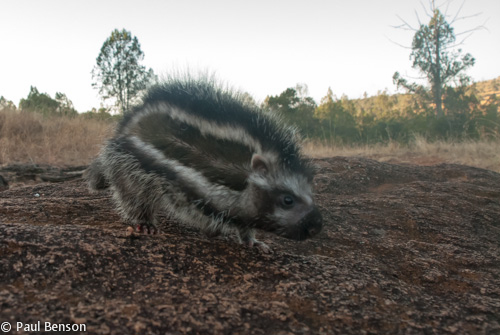 The maned rat is only occasionally observed and camera trapped on Lolldaiga Hills Ranch. See the three camera trap photographs below. 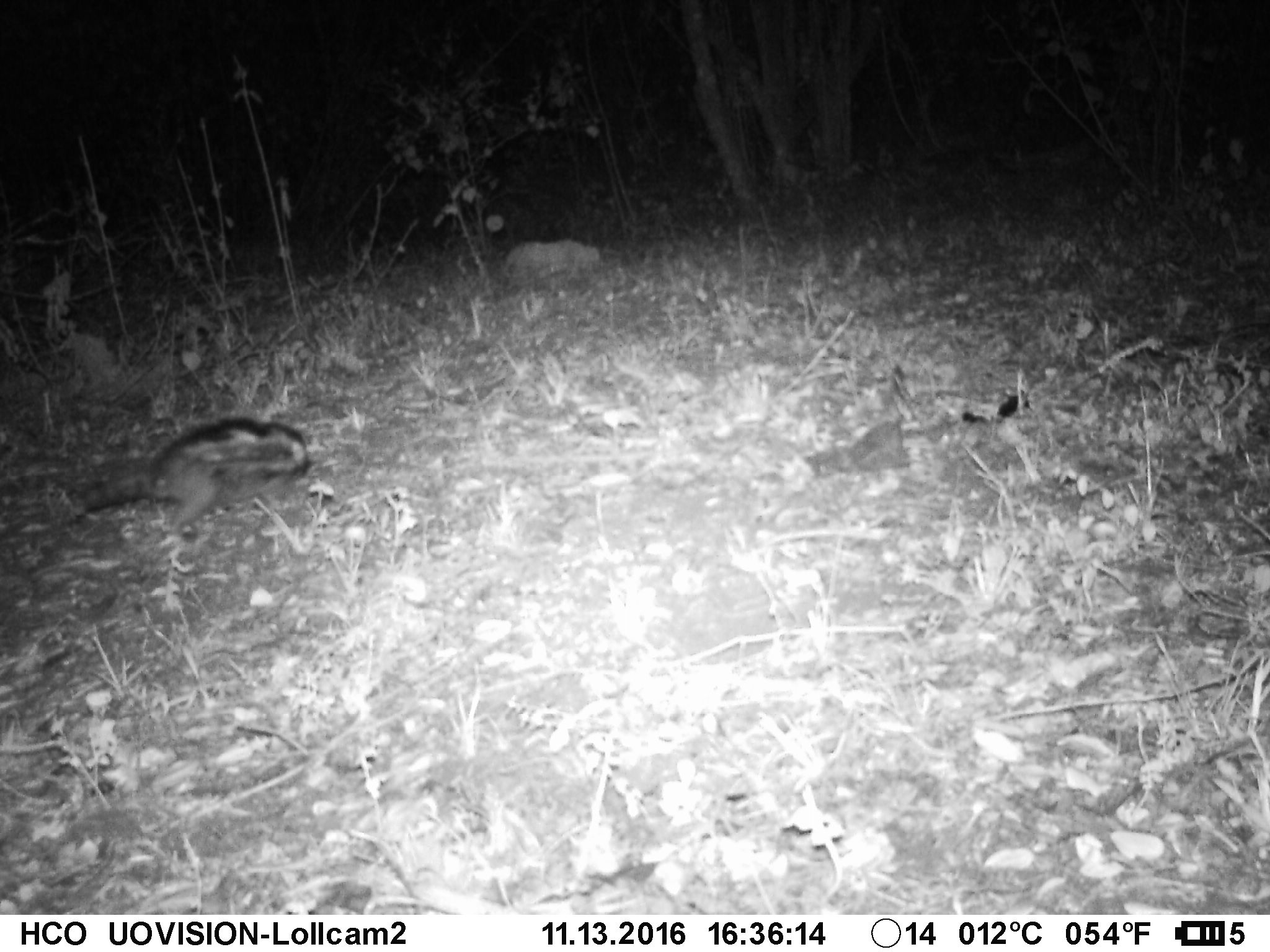 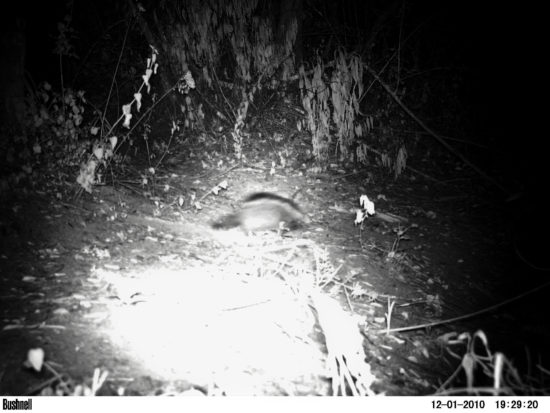 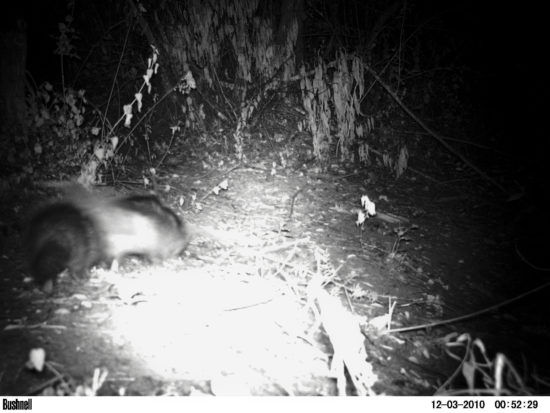