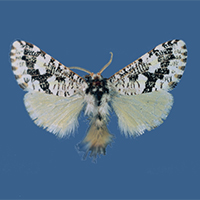 Moths in the family Metarbelidae are nocturnal, small to medium in size, and are usually rare. The majority of species are endemic to areas <50,000 km2. Sites that have been light-trapped extensively for several years typically yield only 1–4 species of Metarbelidae moth.

No fewer than 217 species and 23 genera of Metarbelidae are known from the Afrotropics (De Prins & De Prins 2016). Nonetheless, until recently, this family has not received much attention (e.g., Lehmann 2013, 2014, Lehmann & Rajaei 2013). Recent molecular research indicates that Metarbelidae originated ca. 90–100 million years ago (Wahlberg et al. 2013). Morphological data from >570 extant species indicate that Metarbelidae with ancient characters occur only on the Southern African Plateau, particularly south of the Zambezi River (Lehmann in prep.).

Metarbelidae occur from Sub-Saharan Africa, the Comoros Archipelago, and Madagascar, across south Arabia into the Oriental Region (Lehmann in prep.). Metarbelidae are most diverse on the African mainland where about 570 species are known, including at least 105 species in Kenya (Lehmann unpubl. data). These numbers are, however, expected to increase significantly with more research; the total number for the African mainland is expected to exceed 1,500 species with >150 species in Kenya. Hence, Metarbelidae represent a significant element of the fauna of Africa. Diversity in the Oriental Region is relatively low with <100 species in <10 genera (i.e., fewer species than already known from Kenya). 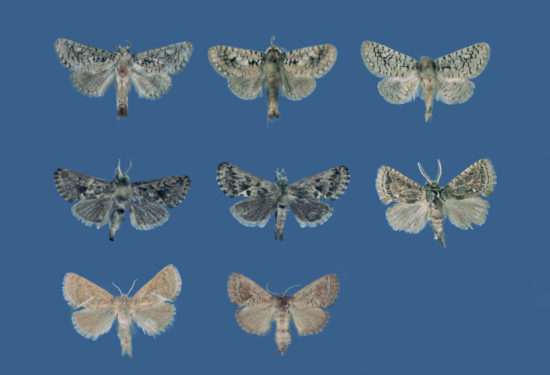 Figure 3. Two Metarbelidae species with links to the lowlands of eastern Africa and southern Africa captured on Lolldaiga Hills Ranch. Both species are undescribed and belong to undescribed genera.

The northeast, central, and southeast parts of Lolldaiga Hills Ranch were light-trapped for Metarbelidae during February 2016–June 2017. All 10 of the Metarbelidae species trapped were between 1800 and 2200 m asl in cedar-olive dry montane forest in the central part of the Ranch. Here the most common tree species are Africa Pencil Cedar Juniperus procera, Wild Olive Olea europaea africana, Euclea Euclea divinorum, and Poison Arrow Tree Acokanthera schimperi. The 10 species found (Figures 1–3) indicate a high diversity of the family Metarbelidae on the Lolldaiga Hills Ranch, particularly in the dry montane forest.

Acknowledgements
We thank Robert Wells and Harry Wells for their hospitality on Lolldaiga Hills Ranch, and Christian Kollhorst (Hamburg) for production of the plates presented here.

Lehmann, I. (2013). Description of two new genera and ten new species of Metarbelidae (Lepidoptera: Cossoidea) from western, north-central and eastern Africa with notes on habitats and biogeography. Published by the author, Hamburg. [Available at http://www.biodiversitylibrary.org/bibliography/79421] Accessed August 2016.

Lehmann, I. & Rajaei, H. (2013). Description of a new genus and three new species of Metarbelidae (Lepidoptera: Cossoidea) from East and Central Africa, with notes on biogeography. Bonn zoological Bulletin 62 (1): 100–110.