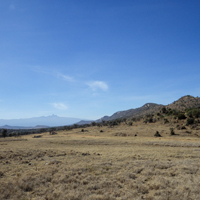 Pastoralist economies, relying on the keeping of cattle to meet their subsistence needs, have existed in Kenya for at least 3000 years, when a drying climate in the Sahara encouraged herders to move south from the Nile Valley and southern Ethiopia, becoming integrated with hunter-gatherers. For several millennia, people lived via a combination of livestock keeping and the exploitation of wild foods. Over the last 1000 years or so, however, specialisms emerged; pastoralists began to eschew hunting and farming to rely solely on cattle. During this period, complex ritual and mythological structures, based on their relationship with their livestock, emerged. These people were the forerunners of modern pastoralists like the Maasai.

The Lolldaiga Hills Ranch of central Kenya support both an impressive ecological diversity and a complex and varied archaeological landscape; there are caves and shelters with rock art, evidence for hunting going back 4000 years, extensive clusters of piled-stone burial cairns, and sites of pre-colonial iron smelting. There are also numerous areas, particularly in the north, that hold the kinds of pottery and obsidian stone tools associated with early pastoralists. 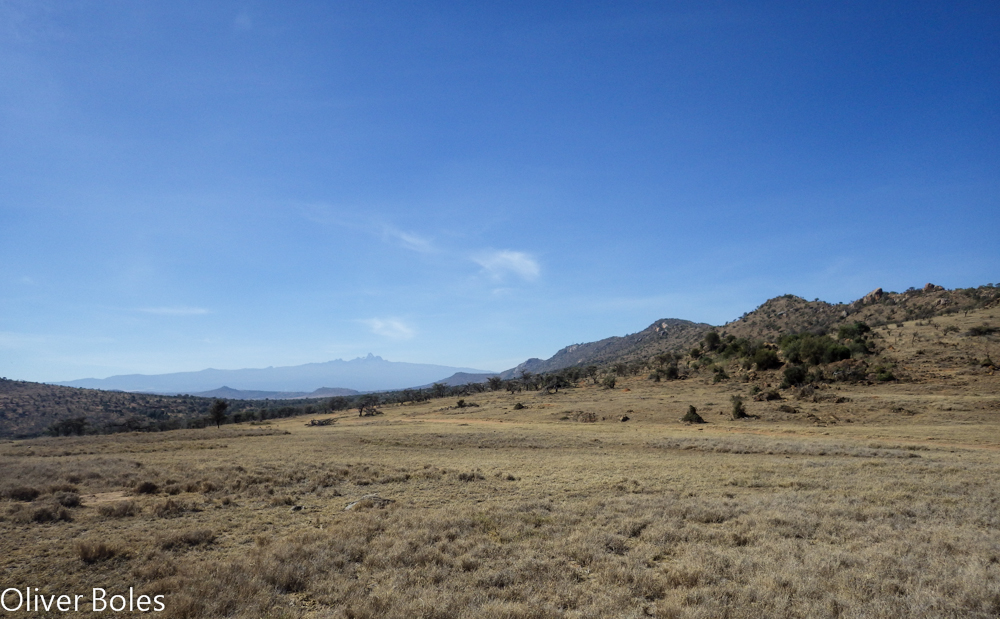 The site at Maili Sita, with Mt Kenya in the background.

One such site, is Maili Sita, named after the 6-mile northerly ridge on which it is located in the northeast part of the Ranch. Previously, I and others have misspelled this ‘Mili Sita’. I have since been told that this translates in Kiswahili, rather unfortunately, to ‘six corpses’. The site is comprised of open grassland amidst  acacia bushland atop a low col along the ridge. This site was excavated intensively in 2004 and 2010, when an occupation date of AD 1640-1730 was established. Ceramics from the site suggest that it was occupied by the Laikipiak Maasai, thought to be one of the earliest incarnations of Maasai culture in the region. A nearby iron smelting site was also excavated. This research raised the prospect of itinerant blacksmiths (perhaps associated with the hunter-gatherers of the nearby Mukogodo Forest) coming to the site to trade.

It has proven difficult to draw firm conclusions about the occupants of Maili Sita, their inter-relationships, and their true association with modern groups like the Maasai. This is largely due to the technical shortcomings of archaeology in defining the structure of a site. While more sedentary societies construct permanent settlements that survive in the archaeological record – and can be excavated and recognised by archaeologists – the temporary homesteads of mobile pastoralists, such the Maasai enkang, leave little trace several years after abandonment. Archaeologists working on these sites, therefore, have to employ other methods of identification and investigation.

One such approach, inspired by ecologists looking at the relationship between modern livestock and wild animal populations, shows how the dung that accumulates in livestock bomas causes localised nutrient enrichment of the soil. This leads to specific patterns of vegetation regrowth in the form of rich grasses, which attract grazing animals both wild and domestic. This preferential grazing discourages trees and shrubs from becoming re-established, and the continuing concentrated supply of dung allows these grassy areas to persist indefinitely as savanna glades. It is, therefore, possible to recognise sites of pastoralist settlement through these landscape features without relying on surface traces of material culture. 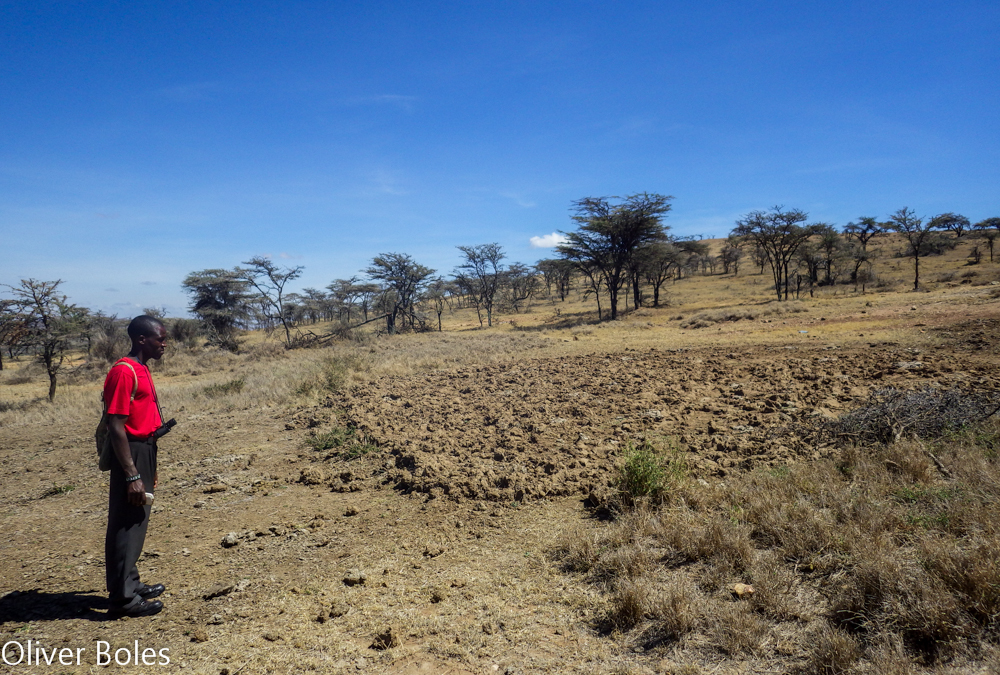 My PhD research looks at developing this idea, using Maili Sita as a test case. The site is essentially grass-covered, with few trees or shrubs. There are circular patches of longer grass here, probably Cynodon plectostachyus. This grass is known to the Maasai as manyatta grass; a manyatta is a form of Maasai settlement. The Maasai recognise that Cynodon plectostachyus grows on the sites of old bomas. It has been suggested that these patches may be relics of boma locations from the 17th Century. This in itself is a useful observation in that the extent of the patches, which number in the hundreds, might indicate a certain behaviour seen in modern herder communities, wherein once dung accumulation within a boma reaches a certain level, the enclosure is moved to a neighbouring location. Should this be the case, we might expect variation in the composition of soils across the site and related patterns in vegetation.

During work at Maili Sita in March 2015, we undertook an extensive survey of the soils. An auger was used to collect samples of soil from specific depths. A cross-section of the site was made, with samples taken every 10-20m (the site is 500 m across). We also made a high-resolution survey of two of the grass patches, taking sediment samples every 1 m between two of these areas. Work in the lab will determine the chemical and mineralogical composition of the sediments in order to assess how they have been impacted by human (and animal) activity. The data will be mapped against high-resolution satellite imagery of the area. With this information we can begin to understand the distribution of anthropogenic sediments across the site and, therefore, the kinds of human behaviour that have produced them.

Hopefully, by integrating these ecological data with the archaeological data we will be able to shed light on how people lived at Maili Sita and, therefore, how closely Laikipiak society is reflected in modern Maasai society. If this approach is successful, it will further our ability to investigate other pastoralist sites and understand the emergence of societies that have gone on to become a prominent part of the human landscape of eastern Africa. 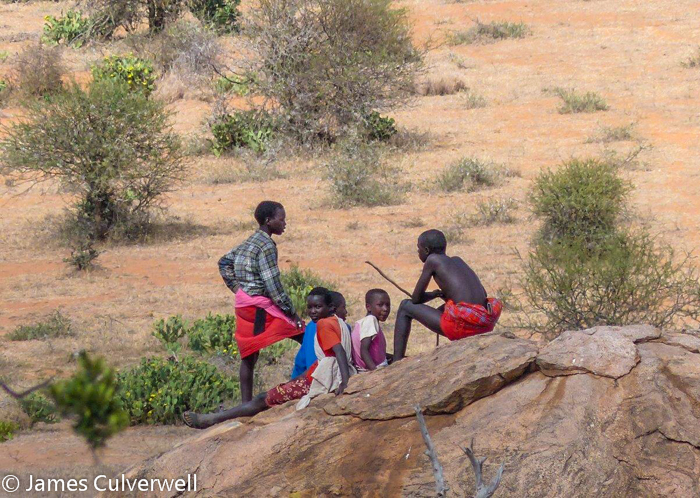