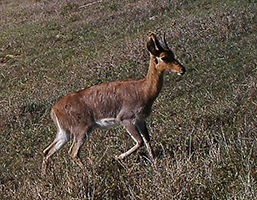 The Mountain Reedbuck: a Lolldaiga Hills Antelope in Decline

Written by Yvonne de Jong on December 4, 2015. Posted in Blogs

The Lolldaiga Hills Conservation Landscape possesses a unique set of geographical characteristics. With wide annual rainfall and a wide altitude range (from ca. 1,700 to 2,300 m asl), along with proximity to the lush and varied landscape of Mount Kenya, the region is host to a rich array of plant and animal species—particularly large mammals. Research indicates that there is no site of this size (ca. 500 km²) in the world that supports such a great diversity of larger mammal as occurs on the Lolldaiga Hills Conservation Landscape. All of the original indigenous large mammal species are present—including several globally-threatened species, such as the African wild dog (Lycaon pictus; categorized as ‘Endangered’ on the IUCN Red List of Threatened Species), and Chanler’s mountain reedbuck (Redunca fulvorufula chanleri; ‘Vulnerable’). The wild dog population is growing within the landscape while the mountain reedbuck population appears to be in decline. This raises the question, are wild dogs, at least partly, responsible for the reedbucks’ decline? 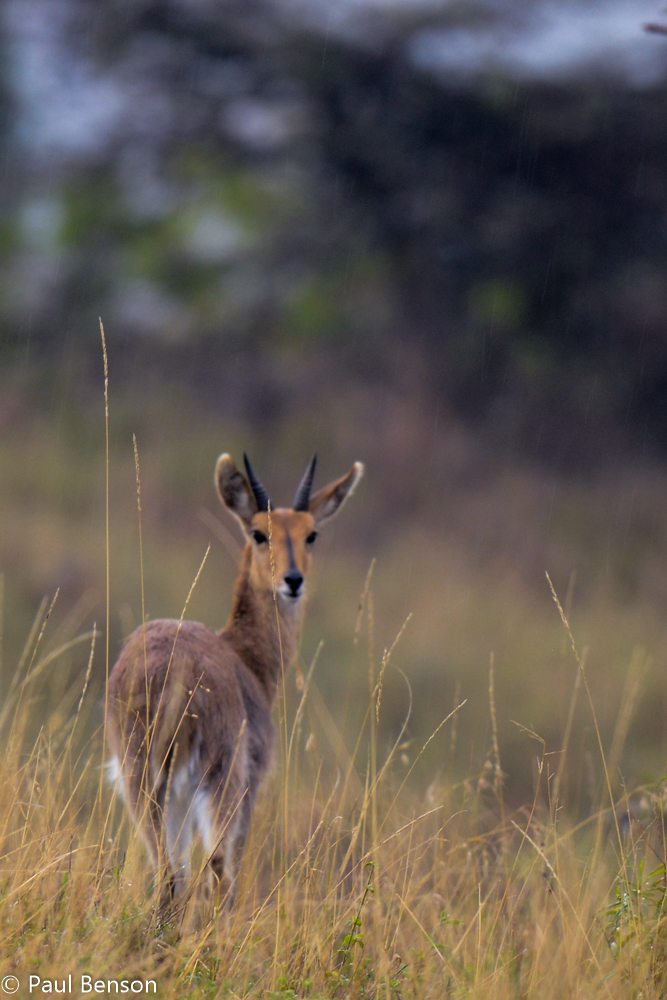 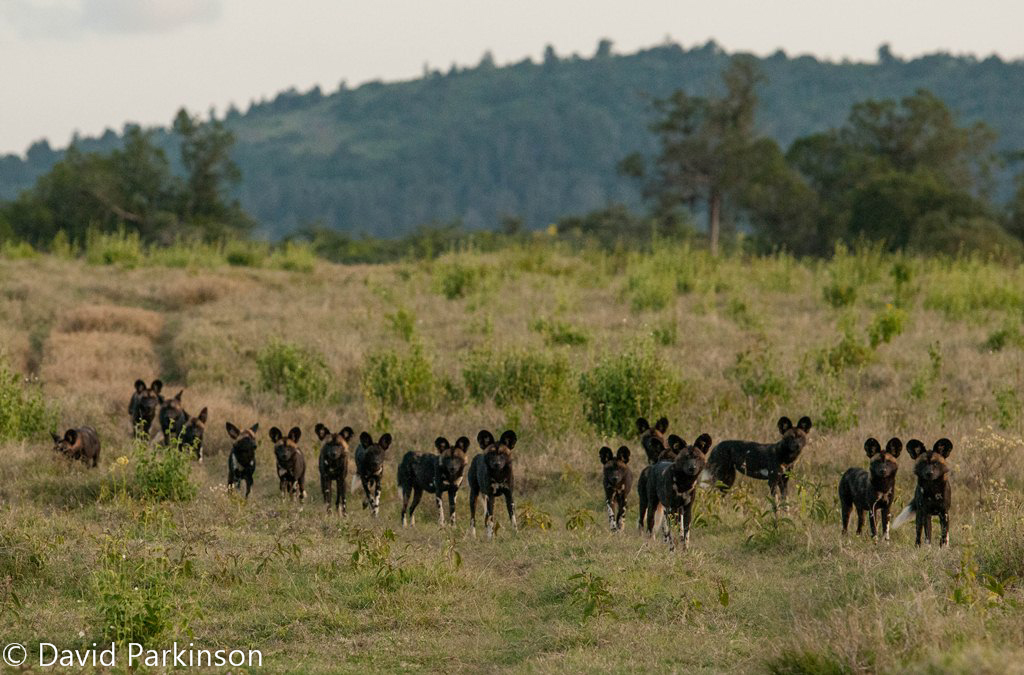 Mountain reedbuck are the smallest of the three reedbuck species, but can be categorized as medium-sized antelope. Adult males weight about 30 kg (66 lbs). They have long, narrow, ears which are rounded at the tips. Their snouts have distinctively raised swollen-looking nostrils. Their eyes are prominent and they possess black, subauricular patches which serve as scent dispensers. The upperparts are mostly grey, but the head and shoulders are reddish-brown. The underparts are pure white and sharply demarcated from the sides. Males are slightly larger than females and only they have horns; these are short, black and ridged, curving forward and ending in smooth, blunt points. Reedbuck reach full size in about 5 years. 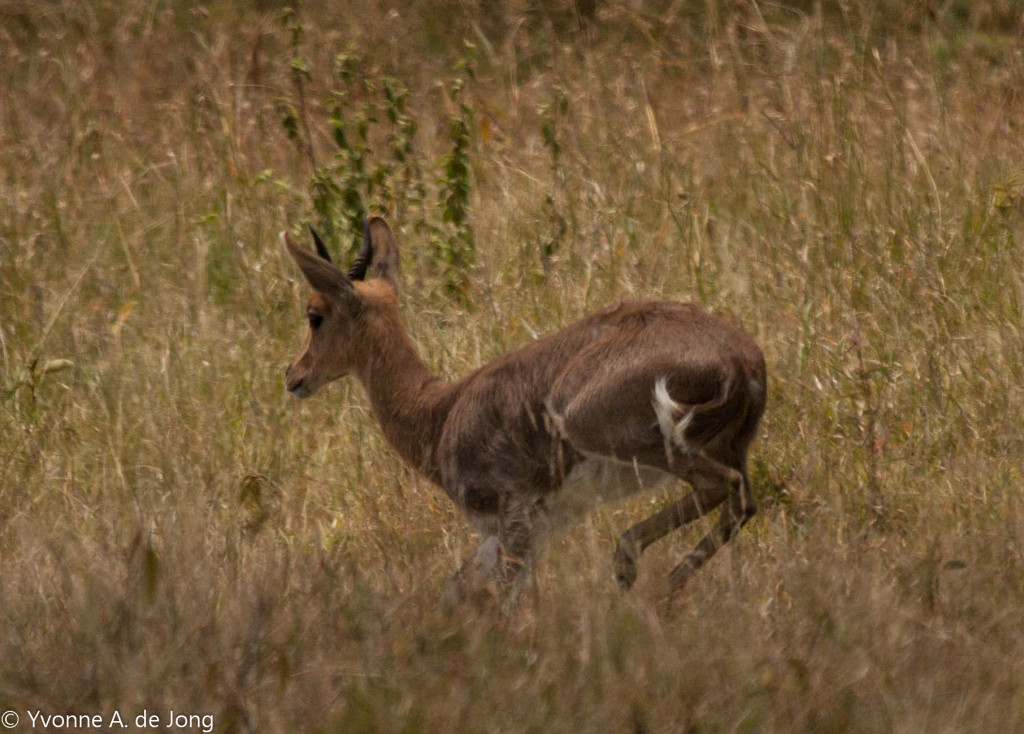 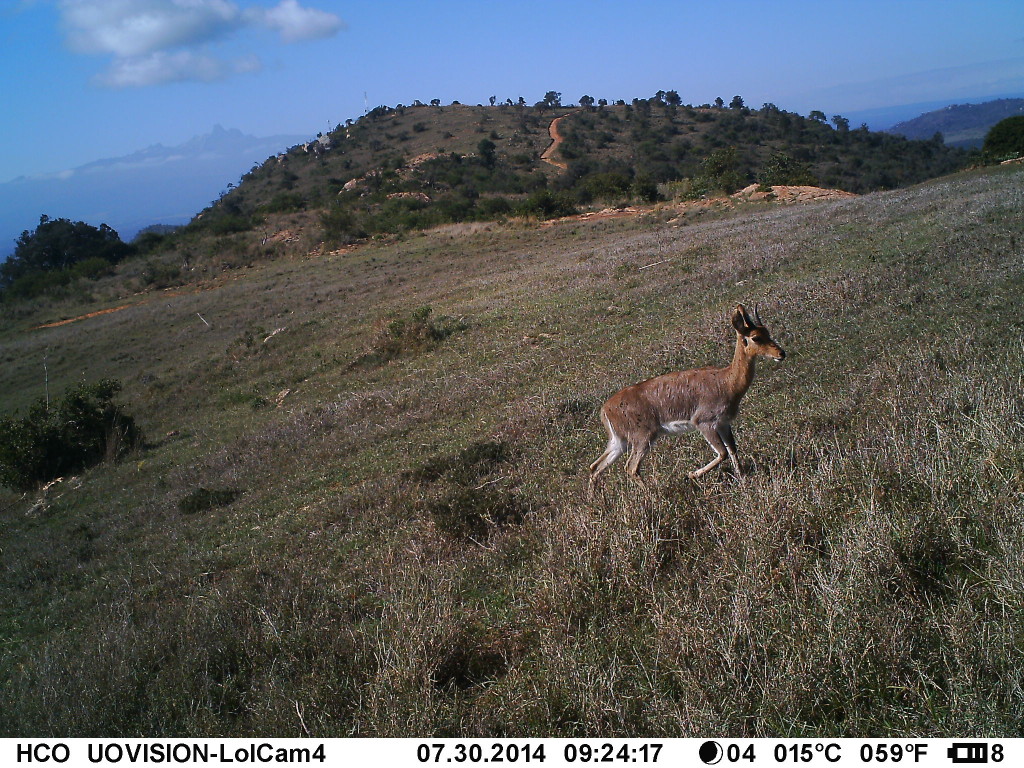 Mountain reedbuck are found in mountainous areas of much of Sub-Saharan Africa, favoring cool, rocky terrain. They prefer landscapes with large bushes and scattered trees—which provide shade and help them to evade predators—but move into flat areas to feed and drink. The availability of water is an essential requirement. In Kenya, mountain reedbuck prefer open grassy valleys, and the scrub and grass between slopes covered in camphor (Tarchonanthus camphoratus). The species is most active during the early morning, late afternoon, and at night. In the middle of the day they tend to lie in the shade, often close together and shielded by bushes.

Mountain reedbuck tolerate a wide range of climatic conditions. Seasonal activity variation isstrongly related to rainfall, with decreasing levels of activity during the rainy season when food is more available. They are predominantly grazers, and selective about their choice of grasses. 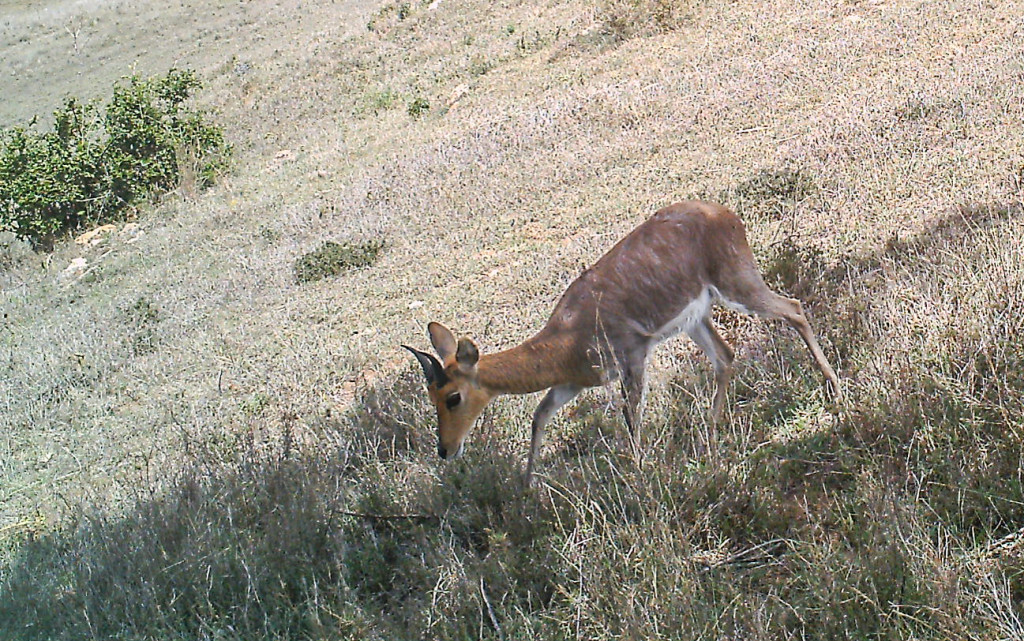 Human activities, including settlements, livestock-raising, and poaching are all contributing factors towards the decline of this species. They also have a wide range of predators, include baboons (Papio spp.), martial eagles (Polemaetus bellicosus), cheetahs (Acinonyx jubatus), leopards (Panthera pardus), striped hyaenas (Hyaena hyaena), and the aforementioned African wild dogs.

Wild dog predation on Chanler’s mountain reedbuck is of particular interest to conservationists involved in the Lolldaiga Hills Conservation Landscape. Anecdotal evidence suggests that there have been sudden declines in the abundance of reedbuck when wild dogs are present. The Kenya Rangelands Wild Dog & Cheetah Project, a project geared towards protecting these two species as well as educating local people about them, is obtaining data on their predation habits. This research may help us better understand the impact that wild dogs have on the abundance and distribution of the mountain reedbuck in the Lolldaiga Hills Conservation Landscape. 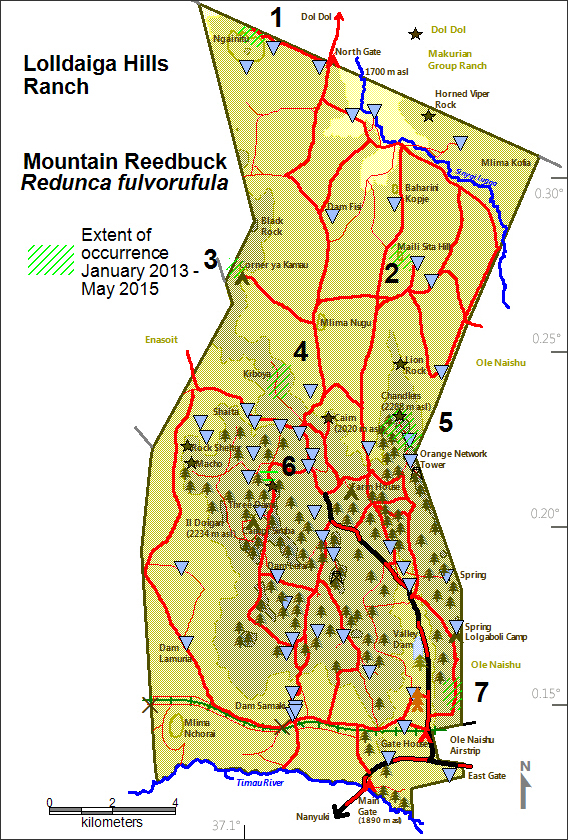